The most delicious best-kept secret

Uniron­i­cal­ly, one of Spain’s best kept secrets, the Iberi­co Secre­to is a pork cut that is so deli­cious and suc­cu­lent, you’ll won­der why it’s not more well-known. 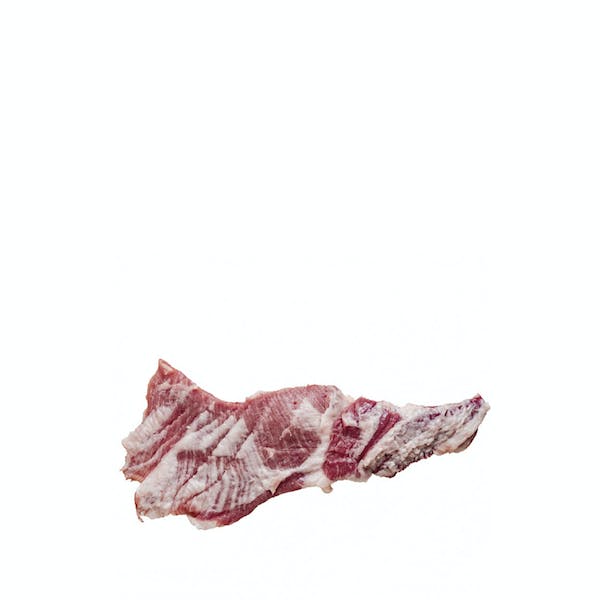 A dark­ly col­ored pork, this secret cut is so incred­i­bly ten­der and shows off that very dis­tinct pata negra taste, mild and nut­ty. Thin­ly por­tioned, it’s a high­ly prized cut from the shoul­der area of the Iber­ian pig. It’s striped with a mar­bling of fat, which we know is what gives Iberi­co pork it’s excel­lent juicy and rich texture.

The fat in Iberi­co pigs is the mono-sat­u­rat­ed kind, aka the ​“good fat.” Much like olive oil, it’s high in ole­ic acid; in fact, Iber­ian pork is some­times called olive oil meat. It’s juicy and fla­vor­ful all on its own, and tru­ly needs lit­tle to no addi­tion­al dra­mat­ics when preparing.

Pair with this with a Vil­lard Expres­sion Reserve Pinot Noir.

Your cut of Iberi­co Secre­to comes frozen and vac­u­um packed. Store in freezer.
Thaw only when about to cook.

Cooked left­over meat can only be kept in the fridge for 3 to 4 more days. Con­sume immediately.