In Ital­ian, the term ​“Penne” refers to the goose feath­er which was used his­tor­i­cal­ly to write with and was cut on a diag­o­nal to achieve a real­ly thin tip. 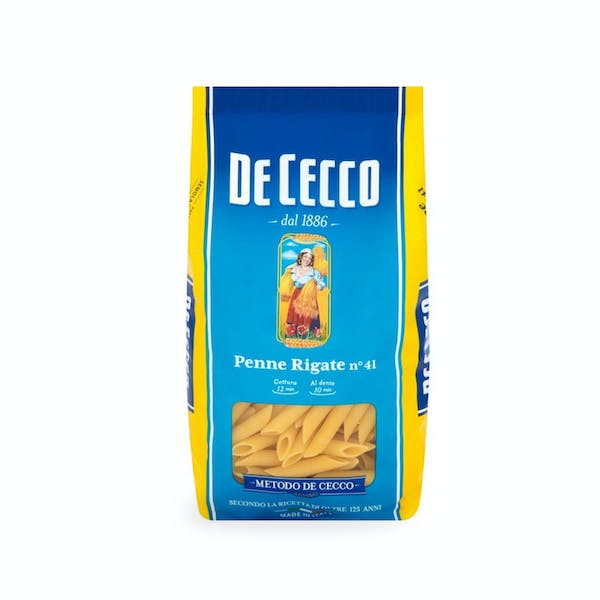 Tast­ing Notes from the Curator

Penne is an extrud­ed type of pas­ta with cylin­der-shaped pieces, their ends cut at a bias. The shape, obtained from a Penne pas­ta tube, can be smooth or ridged, of vary­ing length and has the typ­i­cal diag­o­nal cut of a quill.

Penne are one of the few types of pas­ta for which there is an exact date when it was cre­at­ed. In 1865, a pas­ta-mak­er from San Mar­ti­no d’Albaro (Genoa), Gio­van­ni Bat­tista Capurro, request­ed and obtained a patent for a diag­o­nal cut­ting machine. The patent was impor­tant because it meant the fresh pas­ta could be cut like a quill with­out crush­ing it and in dif­fer­ent lengths from 3 to 5 cen­time­tres (mezze ​“half” penne or penne). The doc­u­ment pre­served in the Cen­tral Archive of the State of Rome reads: ​“Up until now, a diag­o­nal cut could only be made by hand with a pair of scis­sors which, in addi­tion to being slow and time-con­sum­ing, also result­ed in an irreg­u­lar cut which flat­tened the pasta”.

Store in a cool dry place.